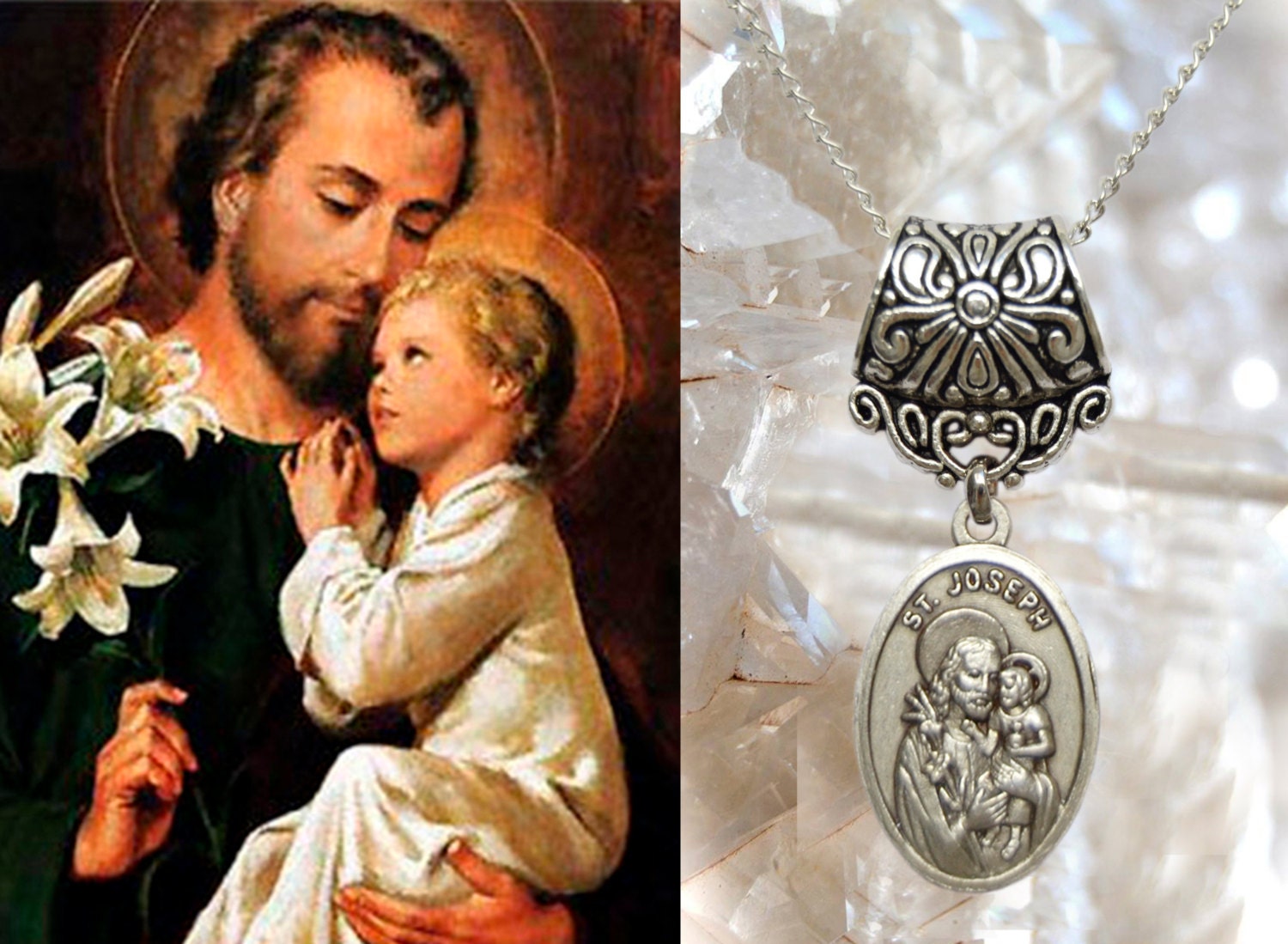 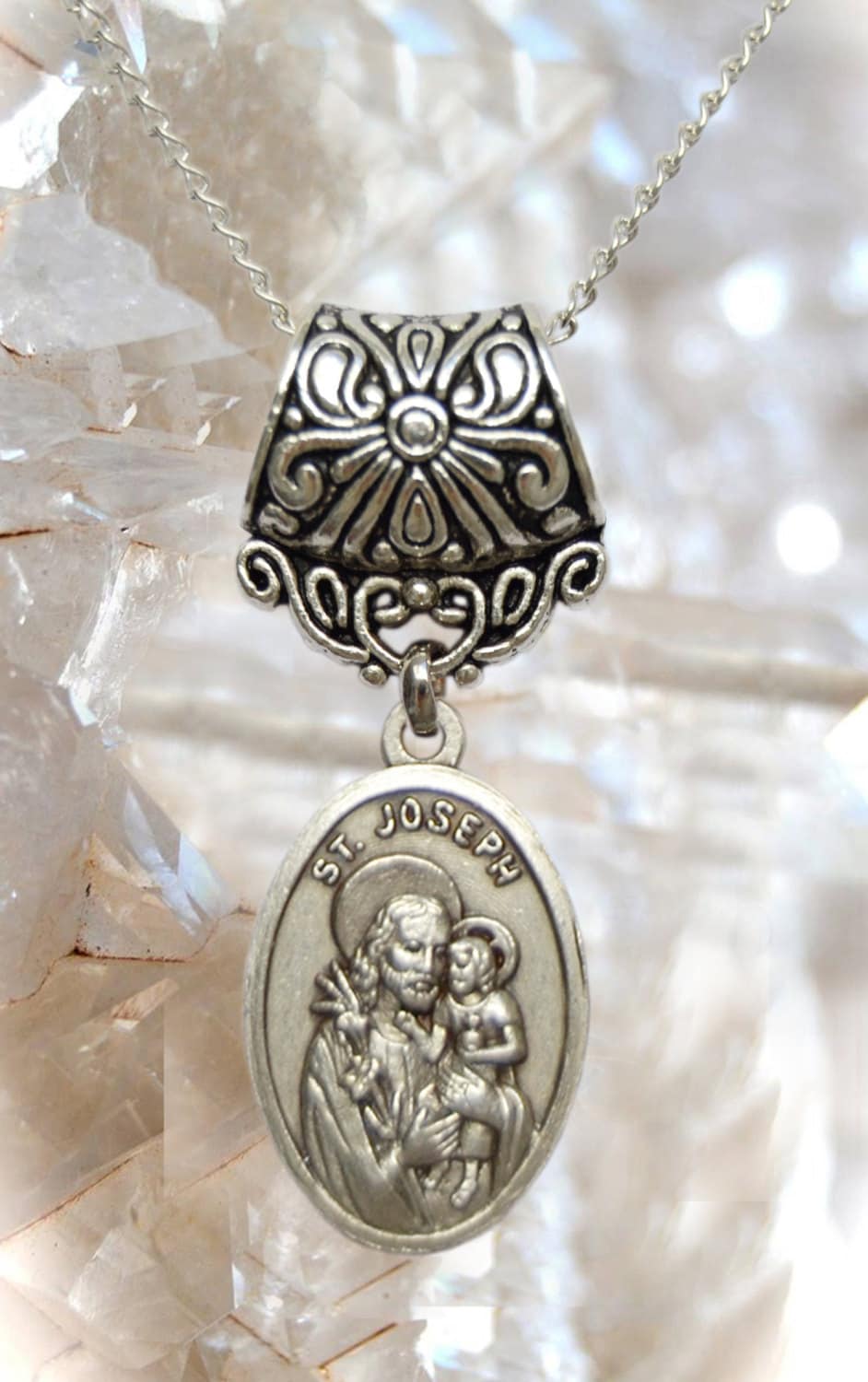 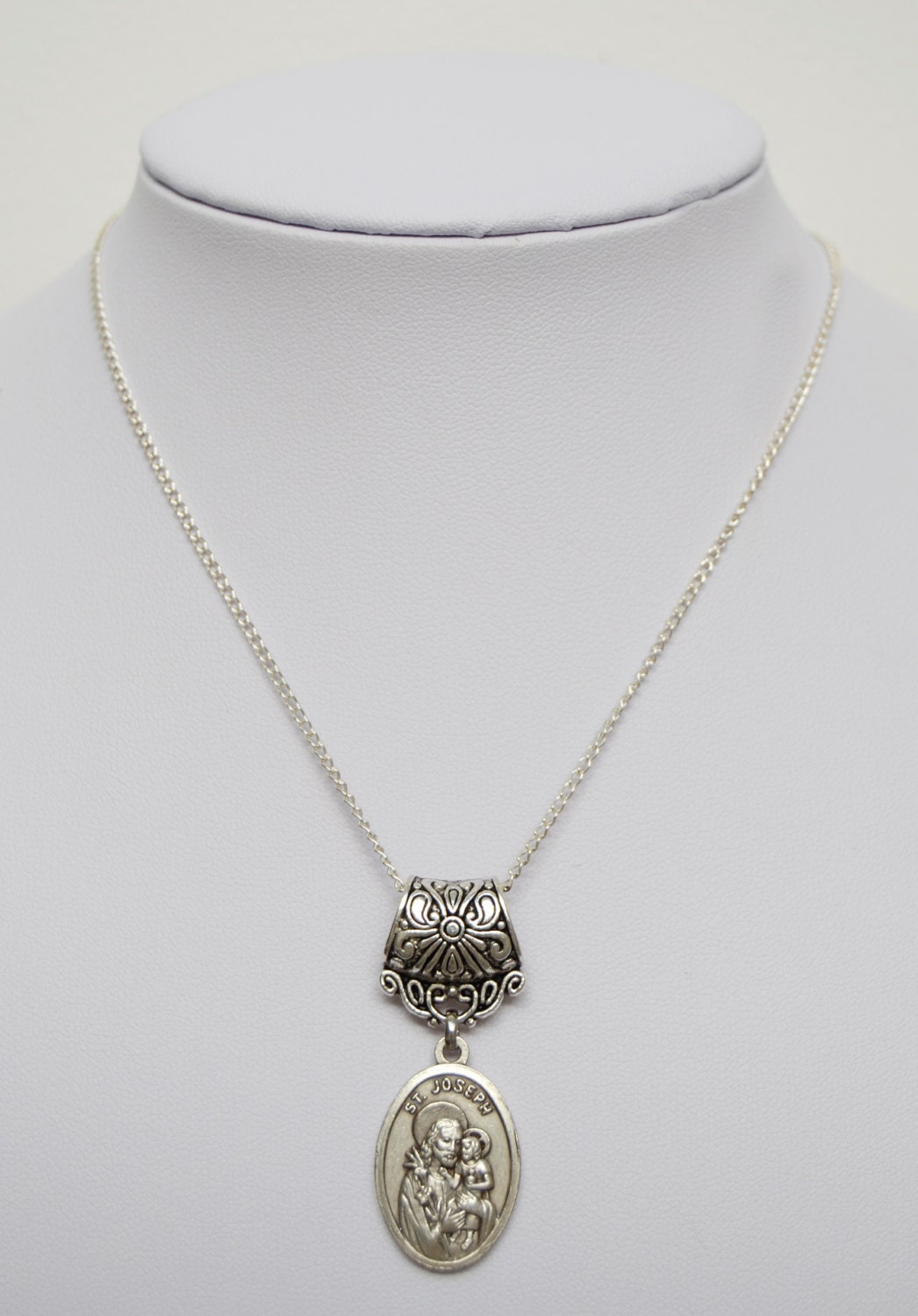 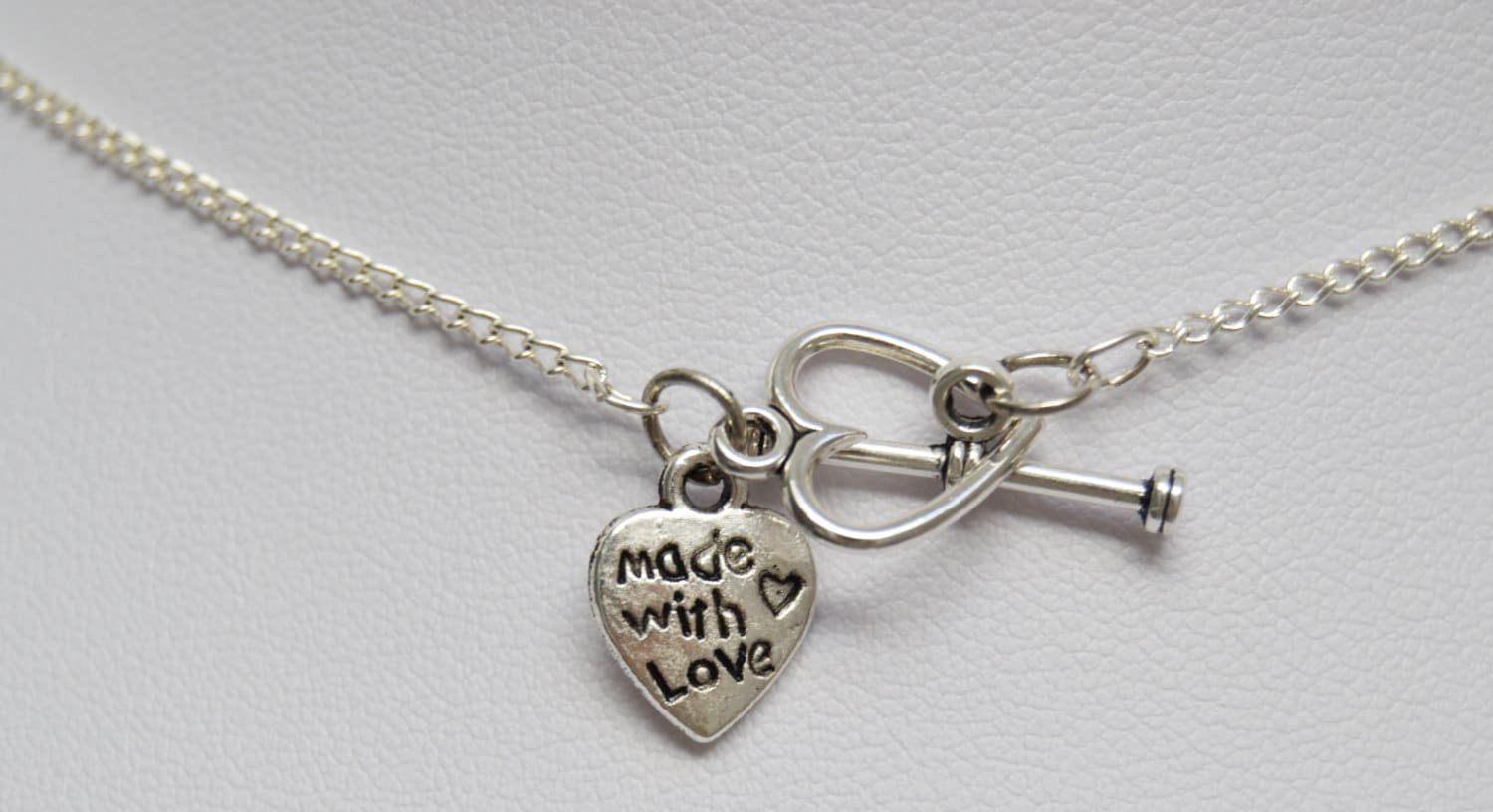 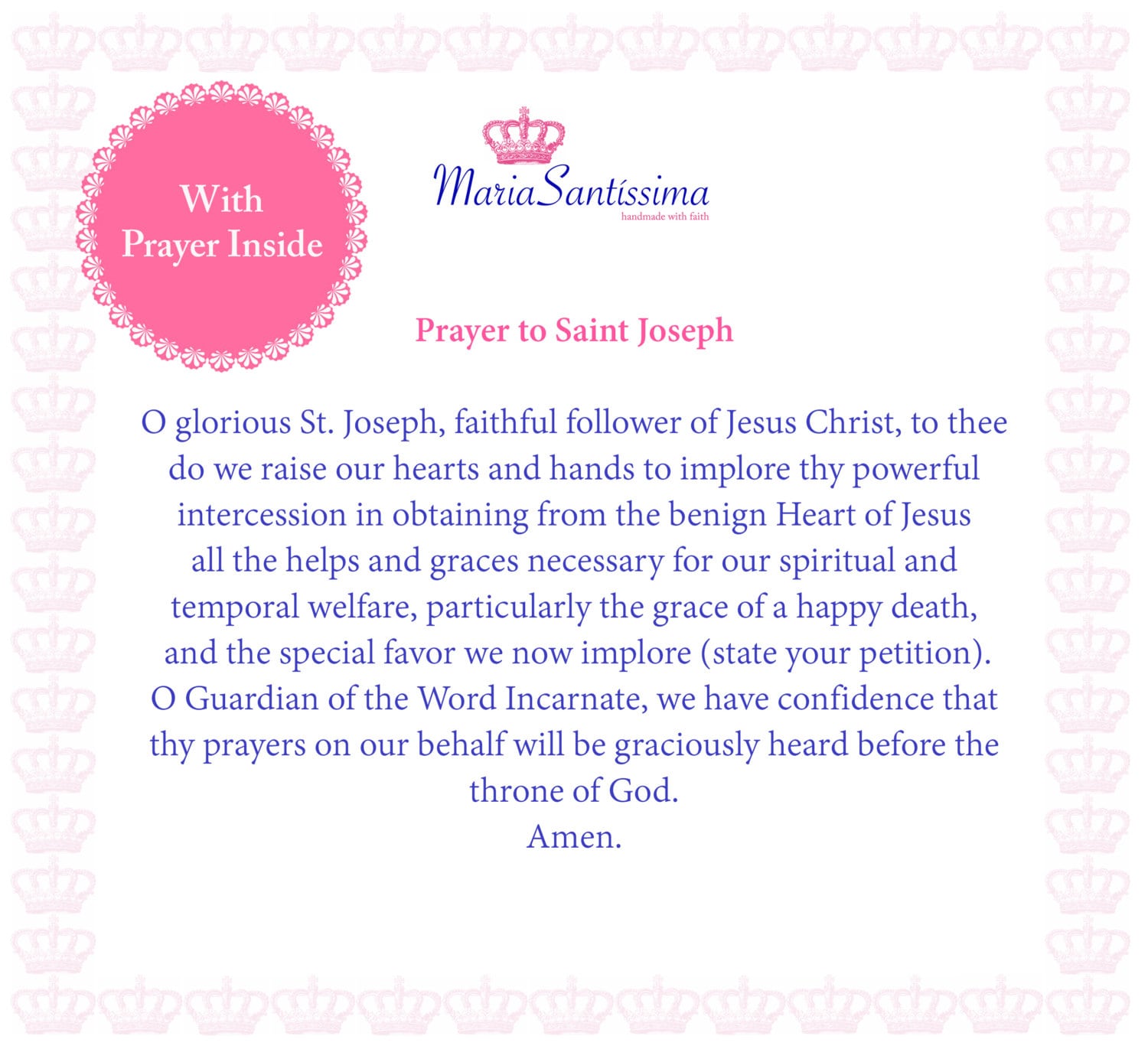 . I created this unique and meaningful necklace designs in honor of Saint Joseph.
Express your faith and devotion with this necklace, it's a very powerful piece and a true gift for yourself or someone special.

. Created With:
Beautiful pendant with image of Saint Joseph.
Measures: Connector bead with medal : 4,5cm (1,8in)
Chain: 42cm (16,5in)
This necklace comes with chain.
Materials: Metal