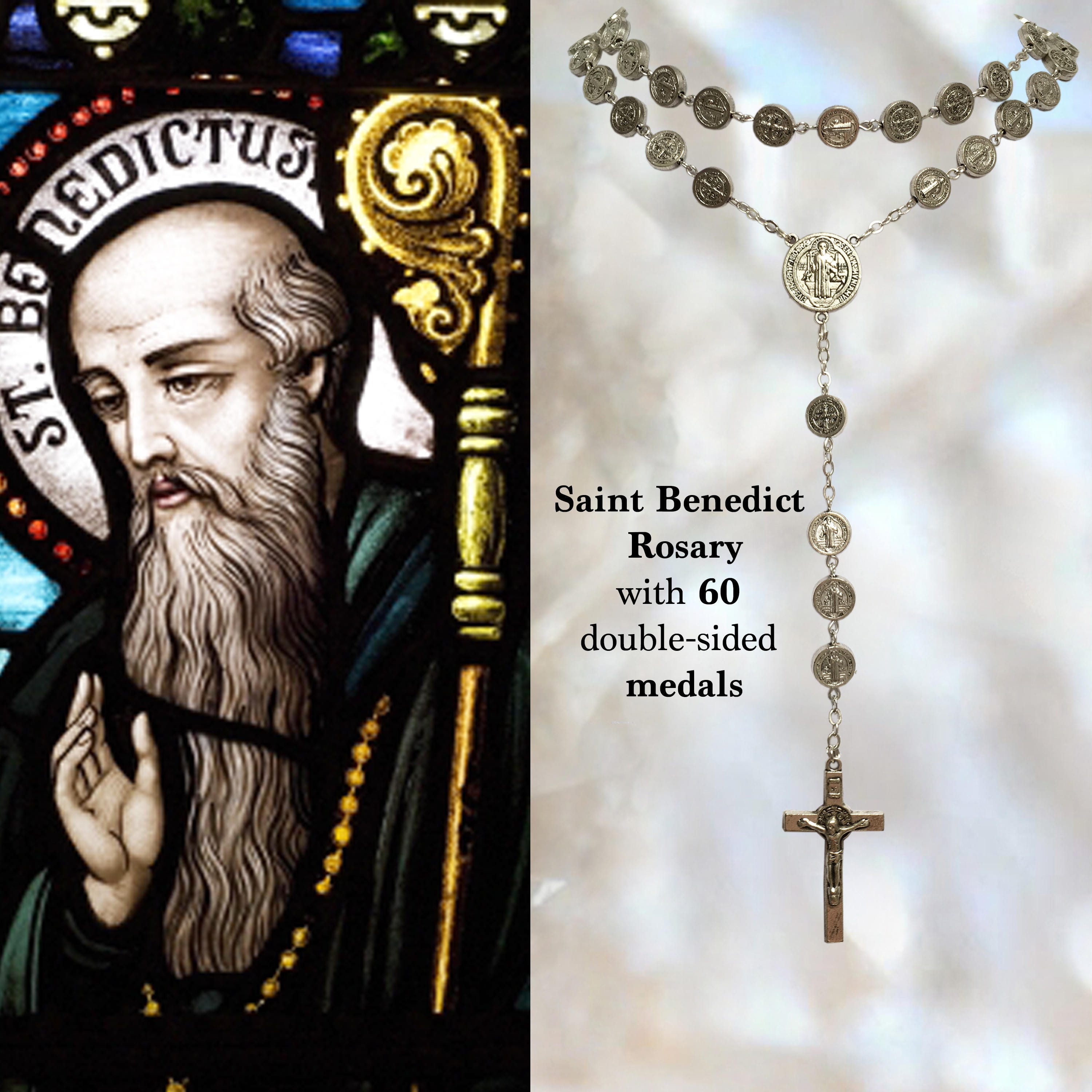 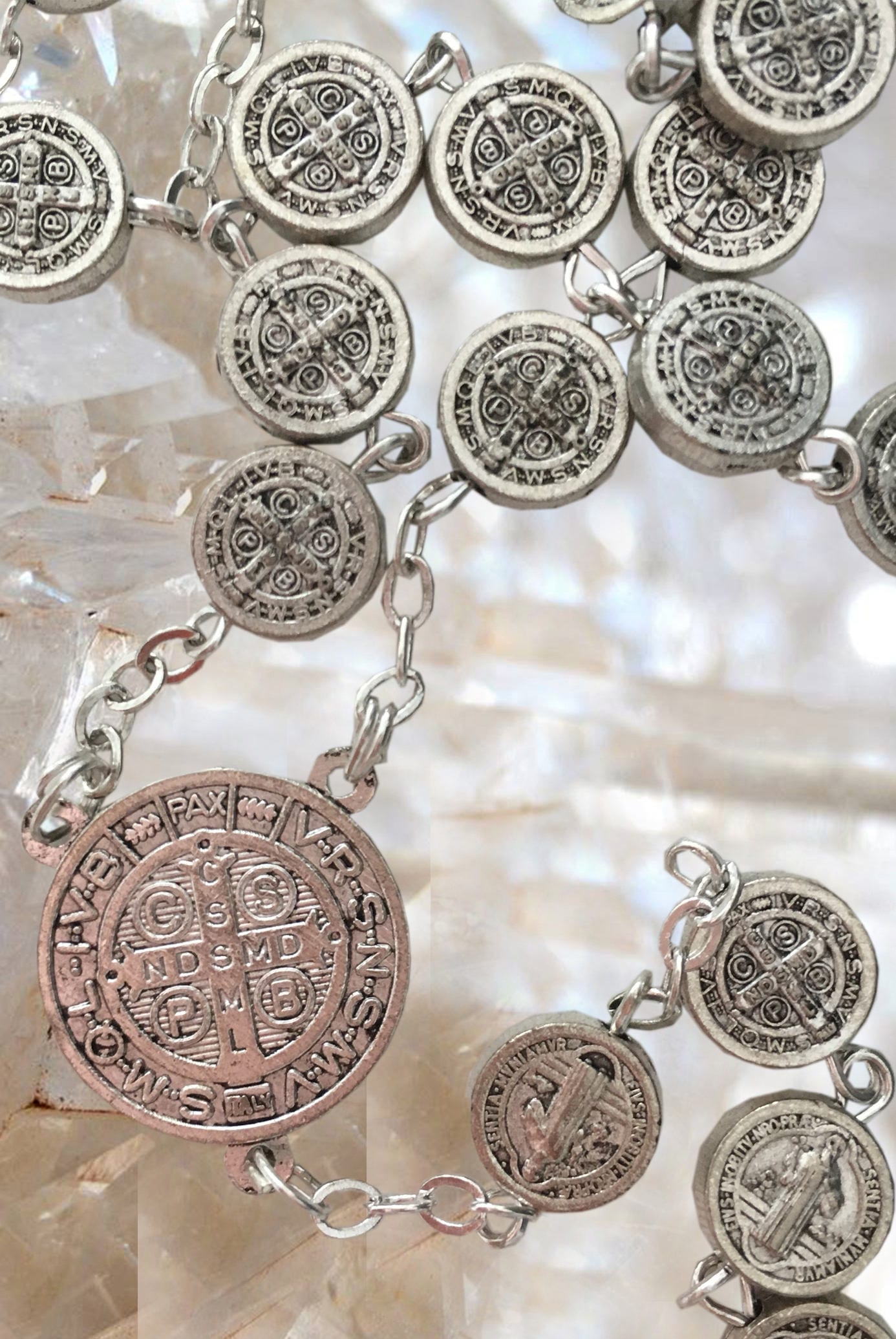 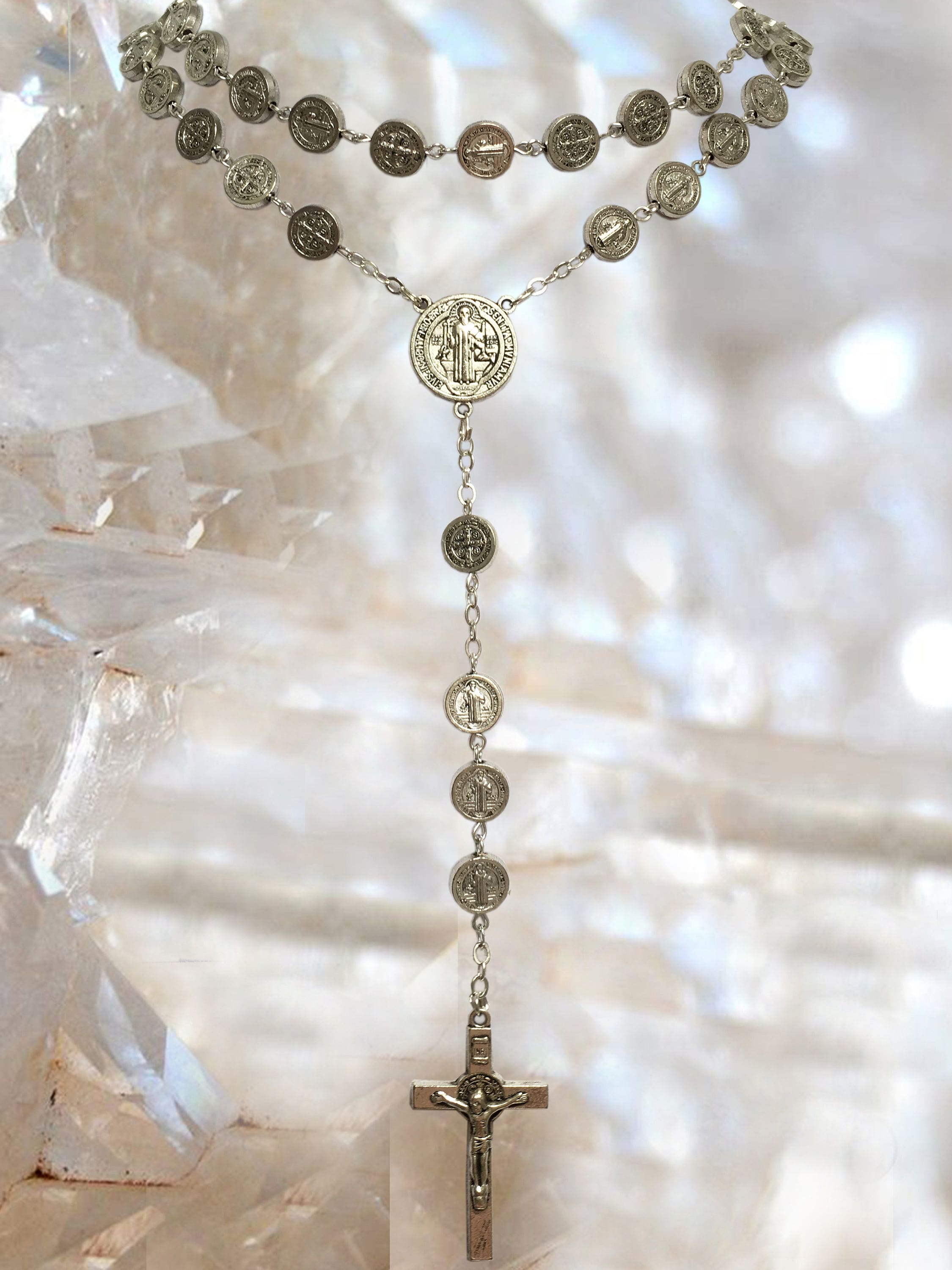 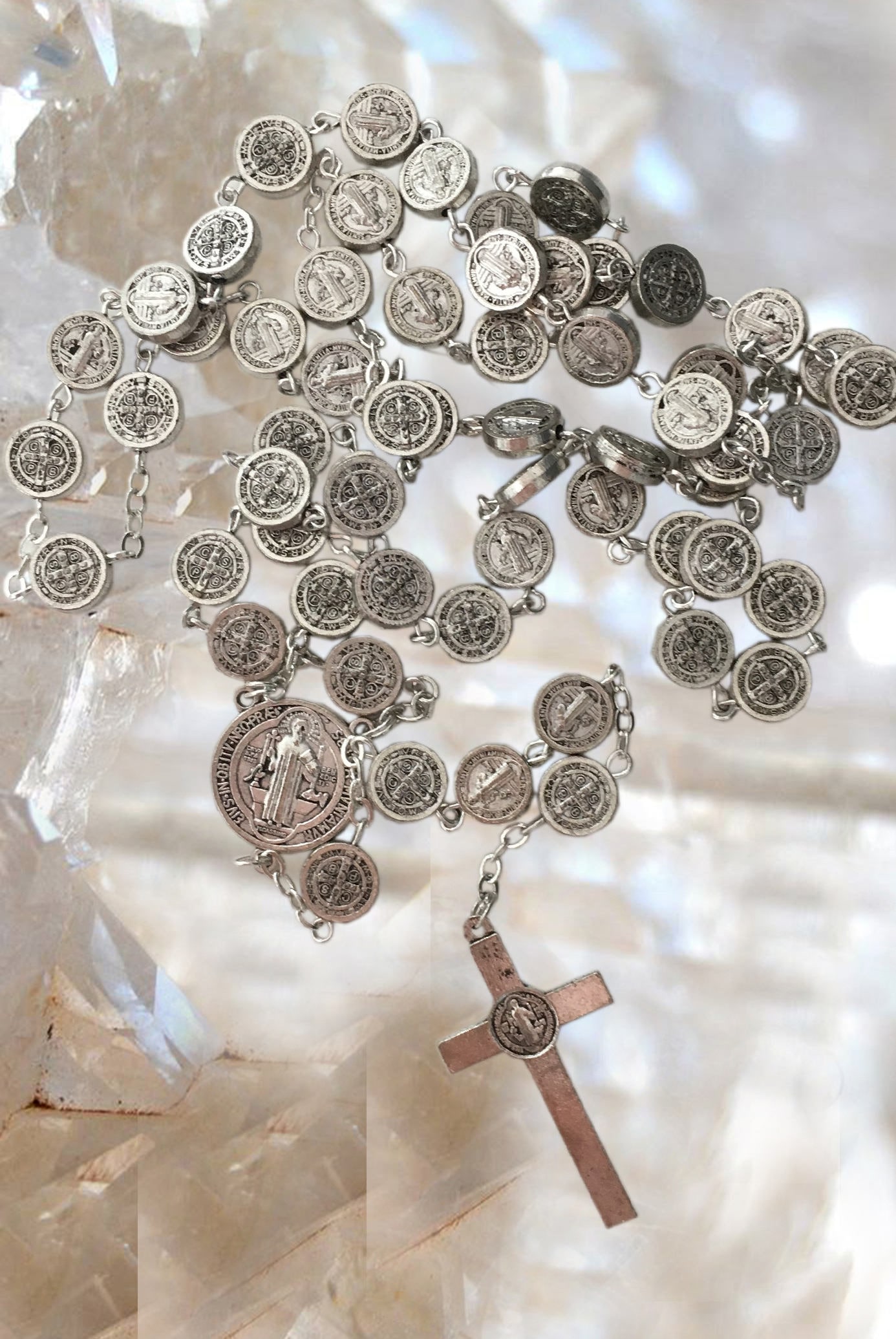 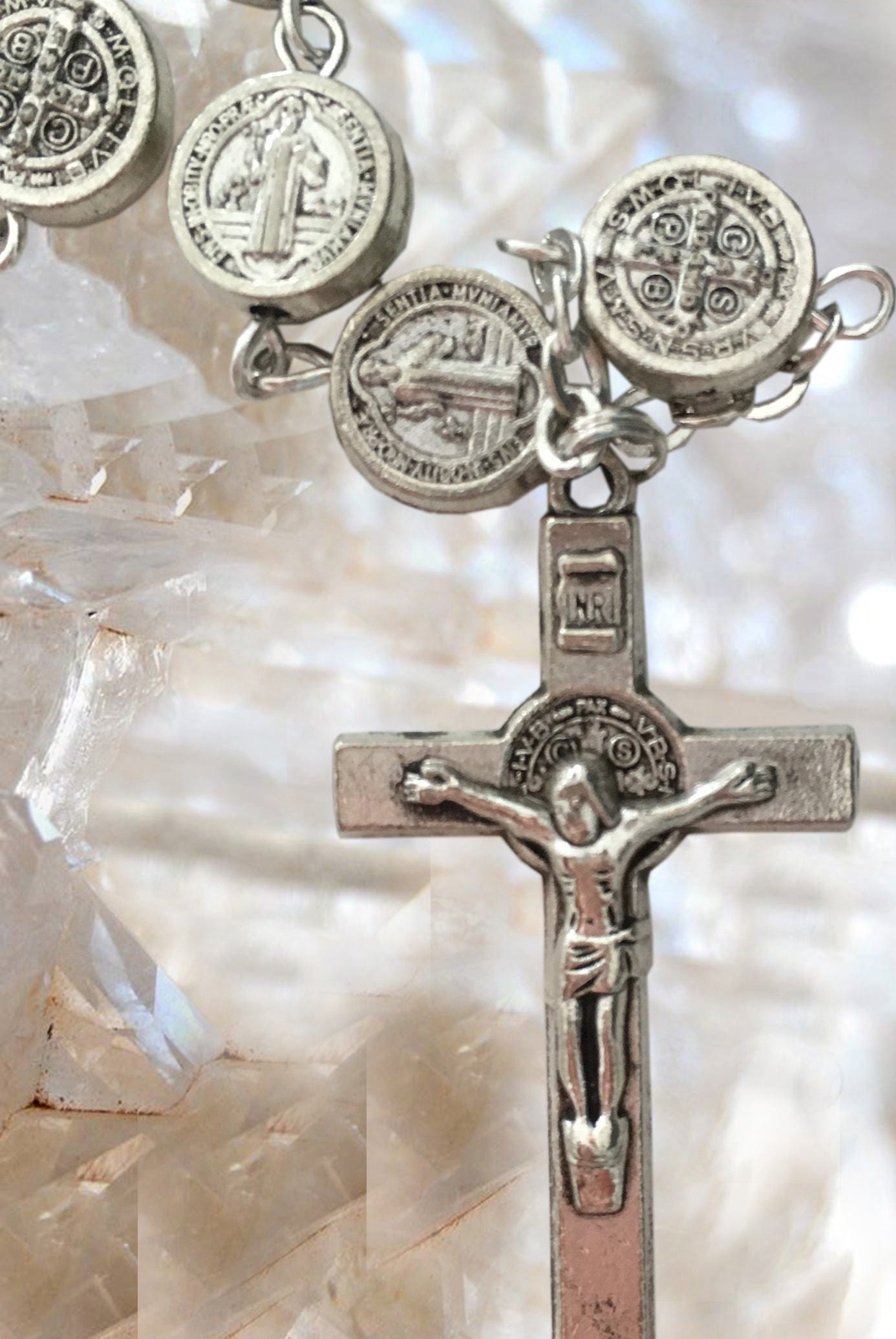 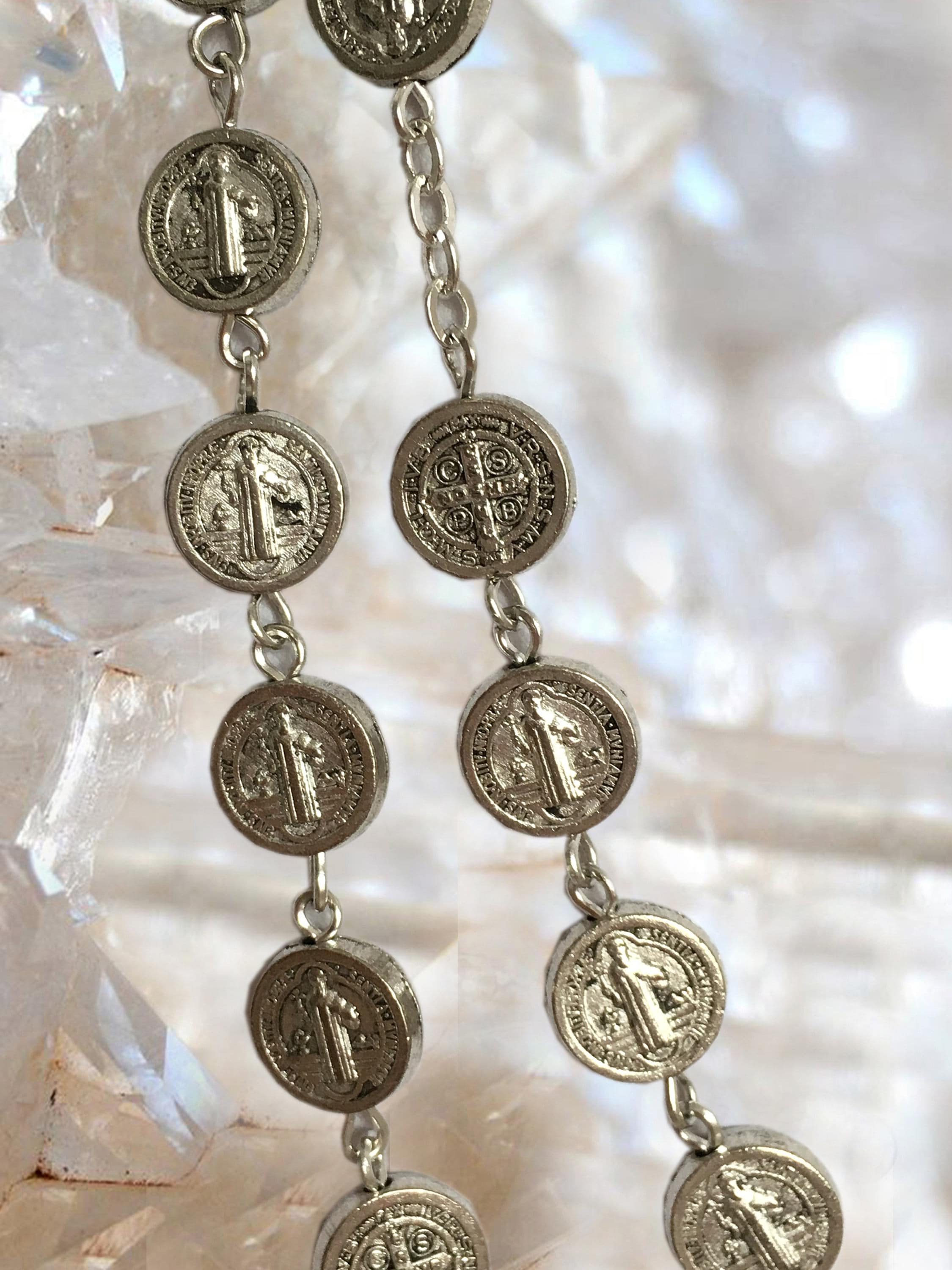 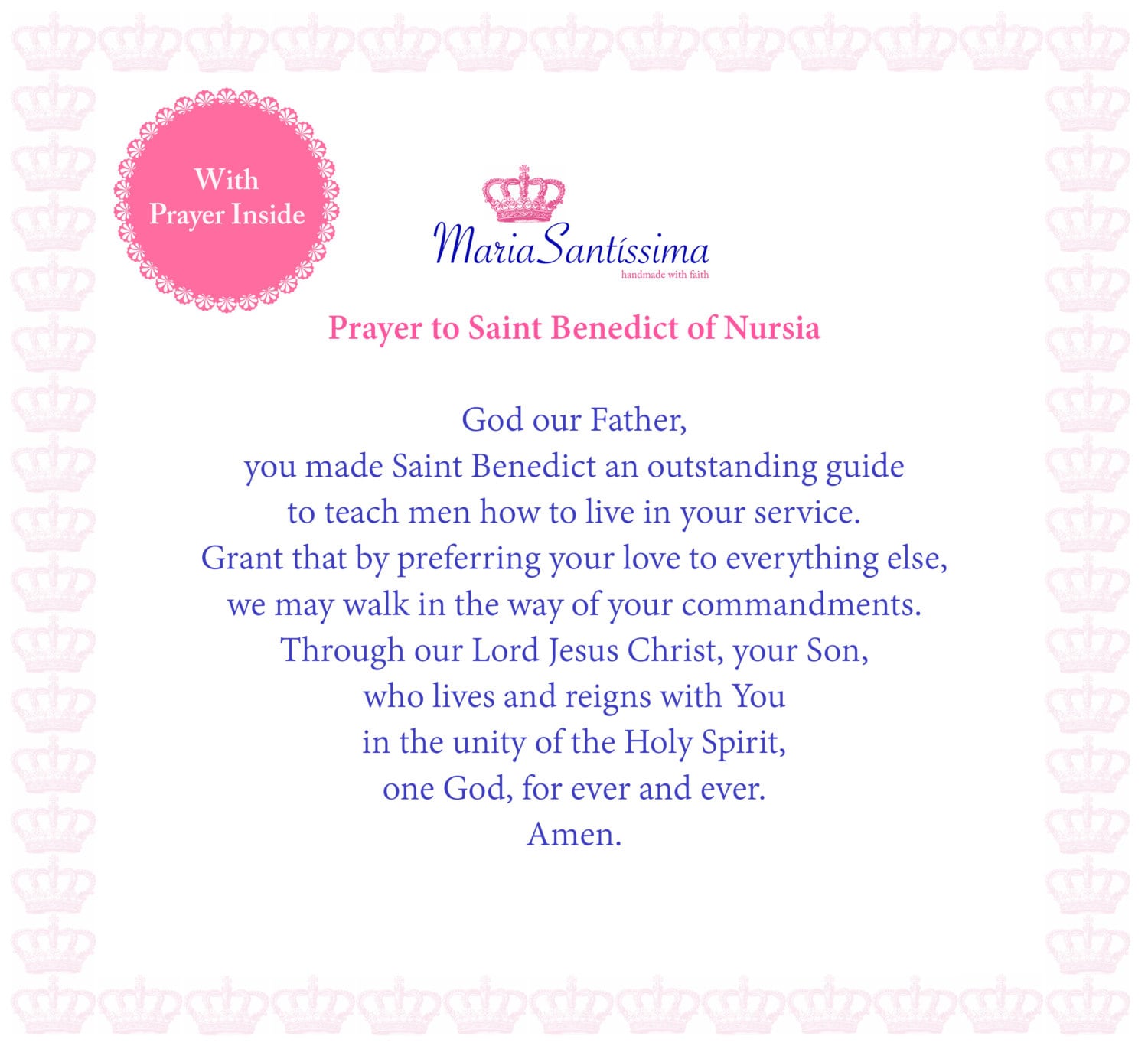 . Long Rosary Necklace for men and women in honor of St. Benedict with 60 double-sided medals of Saint Benedict and a crucifix.
Express your faith and devotion with this handmade necklace, it's a very powerful piece and a true gift for yourself or someone special.

. Created With:
Each Bead of this beautiful all-metal rosary is a St Benedict Medal. Cast in metal and silver oxidized - Italy.
Rosary length is approximately 23.6 inches.

-The rosary comes with prayer

Devotion to St. Benedict is commonly practiced to keep evil at bay, and to help with temperance and moderation. Along with the Miraculous Medal and the scapular, the St. Benedict Medal is one of the most powerful sacramentals of the Church. Here it is, united with the power of the Rosary.

Excellent choice as a gift for a wedding, birthday, baptism, first communion, Christmas, or a gift for yourself.

All our jewelry comes beautifully gift boxed according to jewelry
This item is ready to ship.


. Orders are sent by registered email [CTT-Portugal mail] with track and trace system.

In one story of Benedict's life, a poor man came to the monastery begging for a little oil. Although Benedict commanded that the oil is given, the cellarer refused -- because there was only a tiny bit of oil left. If the cellarer gave any oil as alms there would be none for the monastery. Angry at this distrust of God's providence, Benedict knelt down to pray. As he prayed a bubbling sound came from inside the oil jar. The monks watched in fascination as oil from God filled the vessel so completely that it overflowed, leaked out beneath the lid and finally pushed the cover off, cascading out on to the floor.